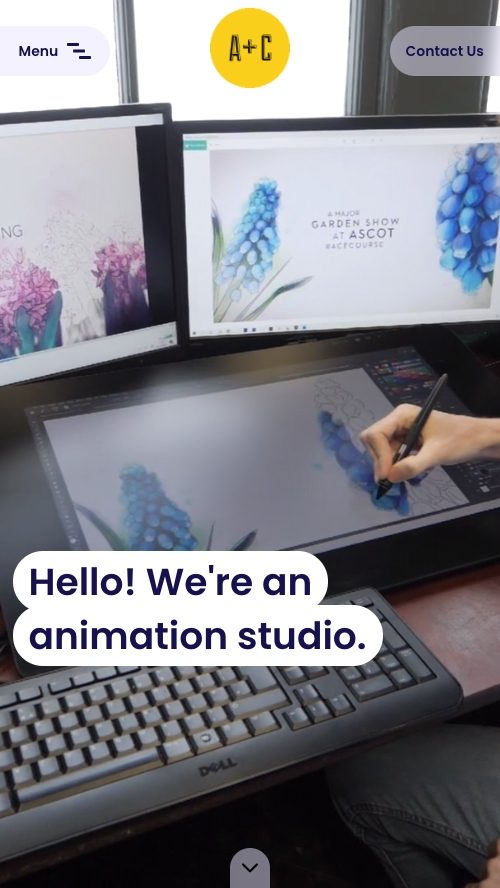 Award-winning animation specialists A+C Studios design stop-motion creative for advertising and social channels, producing all their stunning animations in-house with their own studio and crew.

Deeson was commissioned for the creation of a website which would act as the perfect stage on which they could showcase their creativity, stand out from the competition, connect with new clients and captivate animation enthusiasts.

The website design needed to showcase the high quality, and vast range, of their animations for the fast-searching prospect client, whilst also demonstrating the animation process for the enthusiasts who have time to get lost in their creative case studies.

To achieve this, we set out to animate the user interface and create a dynamically crafted, organic feel to reflect the nature of stop-motion animation.

The site is a fantastic looking, bespoke and engaging site that really shows what A+C is about and what we can do for our clients. It takes users on a journey and it has lots of visual elements on every page to showcase our work.

For new web builds, we start by creating a concept; an idea upon which we base the design, interactions and functionality. For A+C we called this concept ‘Start/ Stop’, which is an animation term (also known as stop motion) and one of A+C’s many award-winning techniques. We wanted the concept to let the ‘prospective client’ user see as much or as little as they like, whilst letting the ‘enthusiast’ user to follow their interests.

What does this mean in practice? Using a horizontal scrolling feature, the user can follow the linear progression of a case study project. The horizontal scroll follows the same animation production process used in A+C’s work, and has been created on a horizontal timeline that even incorporates the menu icon.

This horizontal scrolling device serves and supports both audience types. Using the navigation bar at the bottom of the case study, the prospective client may jump straight to the relevant section, providing an efficient and swift user experience. However, the enthusiast may continue to scroll through all the stages and see the production stages and detail of the animation and project process.

Both audiences might be interested in a specific stage of the animation process, so within our horizontal navigation the user can use a vertical scroll to jump to a different project, but at the same stage of the process. 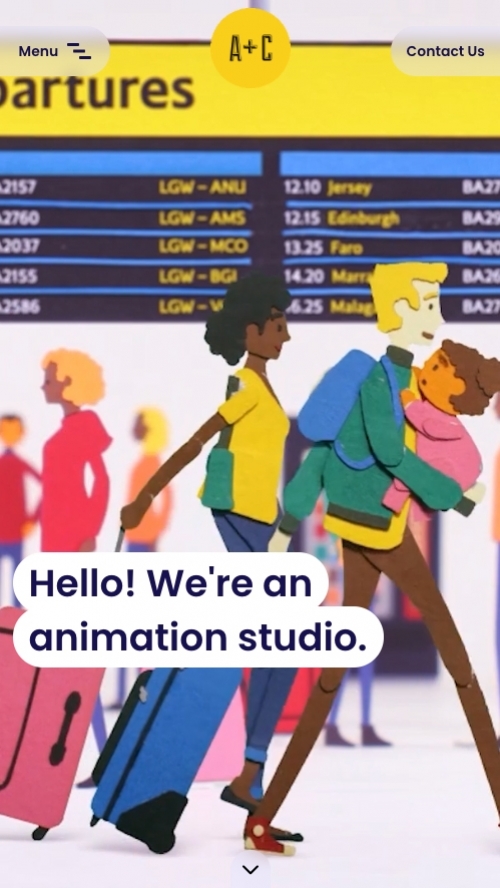 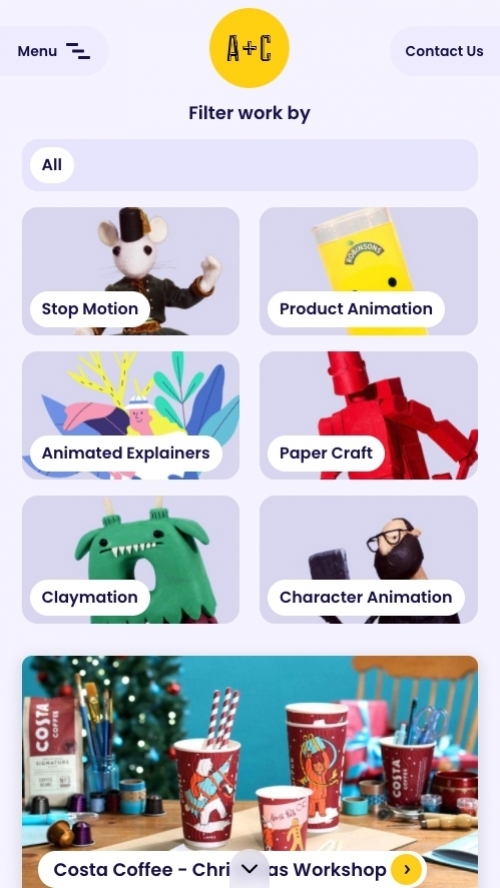 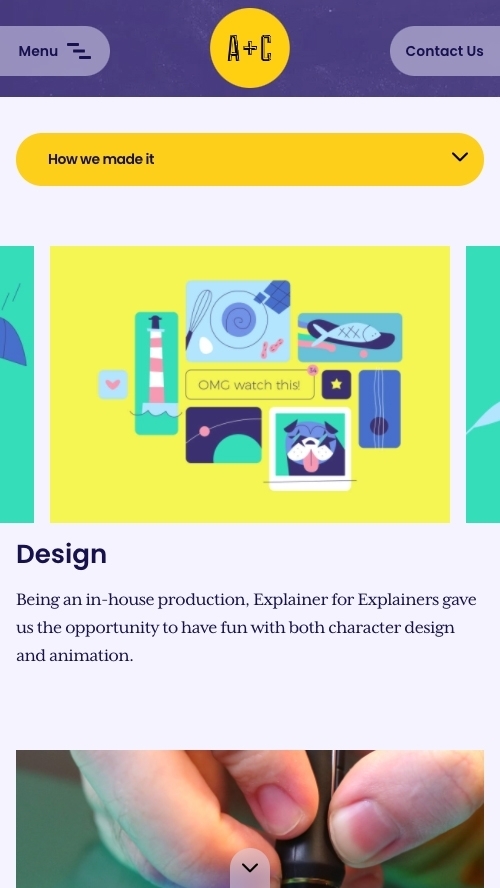 To ensure our concept was robust and consistent, we set it down into three design principles which we agreed with the client:

Whenever we developed a new page or idea we asked ourselves, does it follow the agreed principles?

When you have stunning work, you go bold. However, for the project to succeed, we needed the website to look visually stunning to the end-user while also ensuring that the content editing process would be easy for A+C to manage themselves. A site with much content can quickly become unmanageable, due to the large number of images, videos, audio and/or other media that is included. We needed a Content Management System (CMS) that was user-friendly and robust to create something bespoke and future-proofed.

We chose to build the site in Craft, because of its content-first philosophy; building the CMS to suit the content rather than fitting the content to what is possible with the CMS. Using Craft, we could realise our design concept without having to make compromises due to technical concerns.

The result is a secure, user-friendly, modern site based on the latest technical architecture that Craft has to offer, ensuring that new content editors can come to the site and contribute content with a minimal learning curve.

We were excited to be shortlisted for an Awwwards ‘Site of the Day’, and received an ‘honourable mention’ on the platform and won a mobile excellence award. An award-winning site for an award-winning Animation agency.

We prioritised showcasing AplusC's vast range of high quality animations. Within just 3 months of launch, page engagement went up by 7% overall (by 10% from organic traffic). It is evident that their users are clearly enjoying getting stuck into their website; viewing more of their projects and spending longer on the content.